I'm sure we've all heard the news by now: Roger Federer's fitness coach Pierre Paganini says he's not injured in the regular sense, but rather taking the time to train after bailing on Dubai and Davis Cup citing a back injury.

First, I'm a little surprised at Federer letting someone in his camp contradict what he said. But maybe Paganini just didn't know any better.

More importantly, though, I think this makes it official: Davis Cup doesn't mean much to Roger Federer at… Continue

Hi my name is Hether I am a Fedal fan if you don't know what that is I support both Federer and Nadal. I think they both carry themselves well off court. I don't like athlets who get big heads. I live in wiscons where it will be about anothre sixweeks before the local courts get unlocked. they lock them up in the winter so no one will hurt themselfs trying to play tennis with all the ice.

Queen Anne Seattle in the AM

Looking for partners between 3.0 and 4.0 to play mornings at courts by old Queen Anne High starting in June. Anyone out there?

Areas within the Statistics and Information Group include: Bottom Line, Production Research and Stats & Analysis

If statistics, storylines, news-headline writing and editing are a big part… Continue 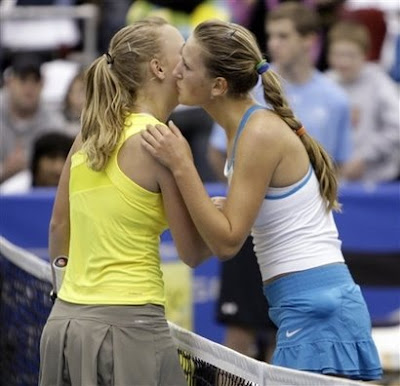 The first of what I hopes to be many racket stringing posts. I have been stringing for over twenty years and the last eight or so years have been stringing on the professional tour at such tournaments as miami, us open, australian open, and many other smaller venues as well. I have seen a lot of rackets and various string combination, strung a lot of rackets and strung on various professional stringing machines, learned from some of the best in the industry and now ready to share some tips for… Continue

I started a Tennis Blog!

You can see it up here. I'm hoping to engage other fans in dialogue and share some thoughts on the sport that I enjoy so much.

I broke my tennis racket

Hello all!
I am a Sacramento student looking to get back into some other shape besides round! I really enjoy hitting the ball around, but I am really just starting, so I would love to play with someone who is just stoked that they hit the ball inside the lines and even those who do a mini- celebration dance on said occasion! That or someone who is incredibly patient. I am willing to travel a bit to meet up with someone if that sounds good please feel free to shoot me an email at… Continue

Anyone want to play tennis this week?

I am out of practice - average player. Prefer singles. Want to try at East Potomac Park - mid mornings best. Say 10 am Wednesday?

I'll be out of town for a month

Talk Tennis and sack CORE and the advertisers please Mark!

Just logged on to see if there was any blogs on Rotterdam, San Jose etc to find a load of games advertised by Core which occupy all the main page blog space.
Can Mark deal with this??
Ive logged on a few times of late to see kids 'love' t shirts etc being advertised. Is there a separate area for sales?? I certainly dont want to be commenting on whether I like the pink one or the blue one. Its not exactly BLOG is it. 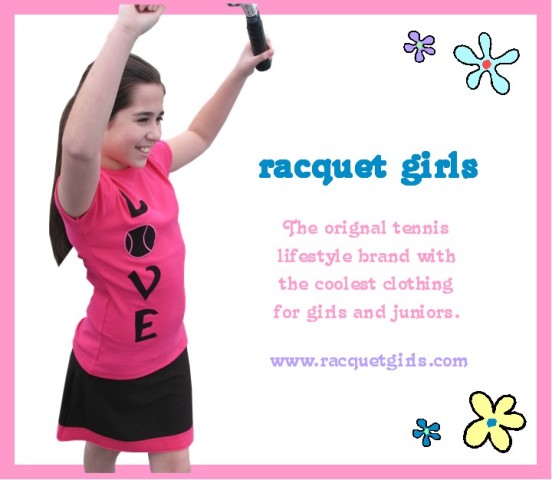 I skipped out of my college graduation in1975 (Rutgers University...early childhood education degree) to hop in the car and drive with my parents to Key West, to visit my older brother. By 1999 I had built a unique fashion design business.....putting on fashion shows at the Bed and Breakfast happy hour events.....overseeing the manufacture of tropical attire for wholesale accounts, and custom making any individual orders.
Thirty some odd years later, after NAFTA and Wal-Mart....I market to… Continue 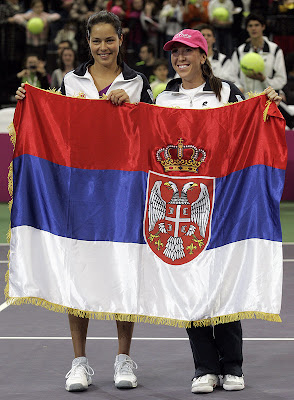 Dunlop is not so bad... in fact it's awesome.

Dunlop racquets have been out of my life for some time now.

The Dunlop Revelation was one of my first racquets.

The color, the grip... I loved it, but I moved on, and honestly, I hadn't taken Dunlop seriously for a while.

I'm thinking of dropping the my beloved Prestige, and the Dunlop Aerogel 300hundred is why.

I've followed this tournamnt for years. I, as usual, will be going down one day this year. I'll get a few pics to post. It's a fabulous event. Keep on stroking. Red beans and ricely...