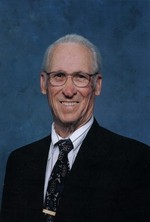 Walker Joe Jackson has not received any gifts yet

Random things about me (hobbies, occupation, tennis history, favorite band, etc.):
I weighed 238 pounds when I started playing at age 49. I loss 53 pounds of ugly lard in six months. I changed nothing: the game did it. I'm 77 and still playing singles tennis. I'm not bragging. It's food for thought. I've backpacked to Wimbledon seven years and slept on the road 39 times to get Centre Court tickets. I've written 51,000 words about my expeiences, which includes a "How To Do It." That'll save you a bundle if you go and all tennis player should go to this incredible place. Read excerpts and view Pics at my homepage www.walkerjackson.com.

My tennis skill (please check your NTRP if you know it):
Not bad., NTRP 3.5

I've followed this tournamnt for years. I, as usual, will be going down one day this year. I'll get a few pics to post. It's a fabulous event. Keep on stroking. Red beans and ricely...

Once a year, shortly after the finals, the Chairman invites friends to play and socialize, who, like himself, have worked diligently to make the Championships unforgettable. (Singles Champions are made Honorary Members, and they enjoy the same privileges as Members.)
Any day you might see Virginia Wade, the 1977 champion, or Christine Janes, who reached the '69 final, using a wooden framed racket, and Kitty Godfree, the 1924 and 1926 Champion, who played on… Continue

This is an interesting/informative tennis resource.

I have wimbledon stories and pics posted at my homepage.My wimbledon narrative is interesting and inciteful. I think I have a world class mind when it comes to the game but that might be a stretch. Anyway, the stories are enjoyable.

It's important for beginners to take a few lessons to learn the right way to play. I played 5 years before I learned you have to change your grip to hit a backhand.

Dean Wright said…
please go to the Mcenroe Maniacs page an see if you can answer the trivia questions.

Mark / The Mayor said…
Hi WJJ,
We're running a fun Aussie 09 Bracket Challenge for tennis fans. Make your predictions and follow along. This is the link. Please share this link with any of your friends on Tennisopolis and beyond.

ThePoet said…
Hi, I'm an amateur poet, so it's pretty much a hobby. It helps me relax, clear my mind and acts as a stress release. I perform every now and then but it's not my profession.

ThePoet said…
Congrats on your weight loss, that is awesome :)

Walker Joe Jackson said…
Mark I think your site is absolutely spectacular. I really like the format. Thanks for inviting me.

fleabitten said…
welcome. I see you corrected Jckson, I was going to offer to help... anyway, you should come into the forum and tell us about your trips to Wimby.

It's great to have you here - sounds like you've walked a lot of places! You may want to join the McEnroe Maniacs Group wiht me.

Invite all your tennis contacts. It's a good place to keep in touch with everyone in your circle.

Tennisopolis is also a great place to meet people all across the country and talk about this game we love. We are all very excited to have created this "community-based" tennis website which puts the focus on the members. We launched Tennisopolis just two weeks ago, so you are a charter member. :-)

To get started, you can personalize your profile page with your picture or an avatar here.

You can also:
- talk tennis in the forum
- add your own photos
- post your own blog entries
- join or start a group

…and just hang out and meet great people.