Anyone going to Cannes?

I'm excited to announce the Screening of my new movie, Medicinal. This movie screened at the 2009 March du Film at the Festival de Cannes.

for more info at www.medicinalmovie.com


In 1996, the legalization of medical marijuana won by the citizens of California and the DEA has been at war with the clinics… Continue

I work across from Jerry Cline and decided to check it out yesterday. Next thing I know I am signed up for a ladder: Jerry Cline: Mens Bronze Singles.

I don't think I am very good (3.0 maybe 3.5 - my horrible serve is probably what kills me) but love to play and will try to be available and set up a time (lunch, after work, weekends).

PS...Pictures were required so I googled Paul and that was the first thing that came up.

I work with Oreo and thought you would all be interested to see some fun footage of Venus & Serena as coaches in the Oreo Double Stuf Racing League, as well as a little impromptu mixed doubles match up between Venus & Peyton Manning and Serena & Eli Manning. Enjoy!

Looking for someone to hit with in the San Ramon area

I'm looking for female 3.0 - 3.5 players to hit with on weekday mornings. I haven't played in a while but I think I can still do it :-). Anyone out there?

Roger Federer: Spirit of a Champion

If you are a Roger Federer fan like I am, you will love this documentary my hubby found on Youtube. It's three parts in nine videos. I have put them all in a playlist so you can watch one right after another.

Check out Roger Federer: Spirit of a Champion.

It's Just a Little Dirt

So last week, I'm reading through the "tweets" I receive on Twitter and I notice one from Jon Werthiem, Sports Illustrated's tennis guru. He posted an item about something going on that I didn't even notice: No U.S. men were in the singles draw at the Monte Carlo event! That's amazing, but here's something that's pretty wild, too: There's none in the singles draw in Barcelona this week either!

And then, get this: Two out of three of the Challenger events this week are being played on… Continue

I am planning to re-enter the stringing business after a long layoff from the game and stringing. A good friend of mine and I have been talking about teaming up and starting a stringing business. I have 4 years stringing experience from quite some time ago. I learned in a National Sporting Goods and then became very interested and joined the USRSA and purchased a Prince P-200 machine for my home business. I later went to work for a local tennis shop that strung a high volume… Continue

I am interested in purchasing a new Electronic floor model, maybe the Gamma 6500 ELS or 5800 ELS. Do you recommend a 2pt or 6pt mounting system? Why do you feel one is better than the other?

I know that 6pt will provide the best support to the frame which is a good thing, but may block out some of the holes in the frame. The 2pt obviously provides the stringer a lot more frame access and I guess would cut down stringing time due to… Continue

Twitter is the social network which asks its members to answer the famous question “What are you doing?” in 140 characters or less. It's like Facebook, minus the photo albums, applications, groups, pages, etc. It's a very simple way to connect with friends, make new ones, or just follow your favorite celebs / athletes.

Bad news for Goran Ivanisevic fans out there. The former Wimbledon champion from Croatia was forced to pull out of this week’s Legends Championships Tennis Tournament at the Ritz-Carlton in Grand Cayman due to a lingering knee injury.

“I am very disappointed not to be able to play in the Cayman Islands due to the longer than expected recovery time necessary after my knee operation,” Ivanisevic said.

“I was looking forward playing in a first-class event on a dream island. I… Continue

Nine-time Grand Slam winner and former world number one Monica Seles revealed in her latest memoir that amidst all the successes she achieved in tennis, she still had her fair share of struggles and depression.

Her book titled “Getting a Grip: On My Body, My Mind, My Self” chronicles the tennis star’s humble beginnings, triumphs at the height of her tennis career, the attack in Germany that still haunts her to this day and her struggle with diet and depression when she was away from… Continue

Below, I am pasting our latest email to our list.

Remember, TheTennisZone.com is the only tennis company in America that is selling the Dunlop Aerogel 4D… Continue

I've just found the best article I've ever read on how to get tickets to the Wimbledon Championships. It includes the crucial reminder:

"If you are caught trying to sell them on Ebay, they will void the ticket. Likewise, if you buy a Ballot ticket on Ebay, there is a danger that this will be voided."

It's true - this once happened to my cousin and it, along with some… Continue

I'm a bit of a literary person, but have been surprised to learn that quite a few of this type have been or are very good tennis players. Richard Wilbur, e.g., the former poet laureate of the U.S. is quick to describe the old image of the centipede getting his legs all twisted up from self-consciousness. Thousands of people always want to ask him how to write a sonnet. In his prose pieces he compared this to the drop-shot. Yes there are a bunch of parts to both, but if you just focus on the… Continue 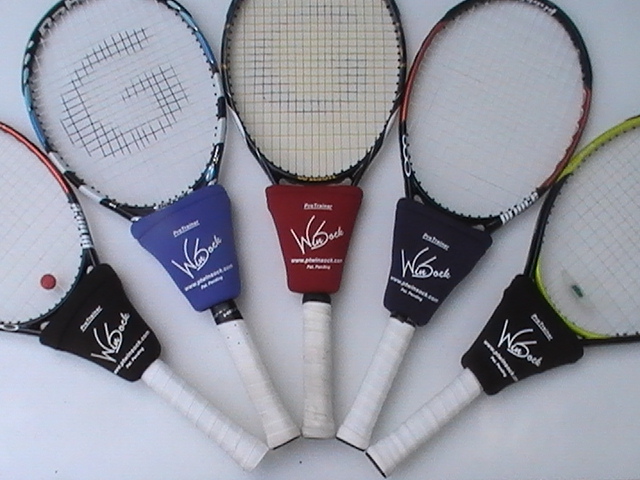 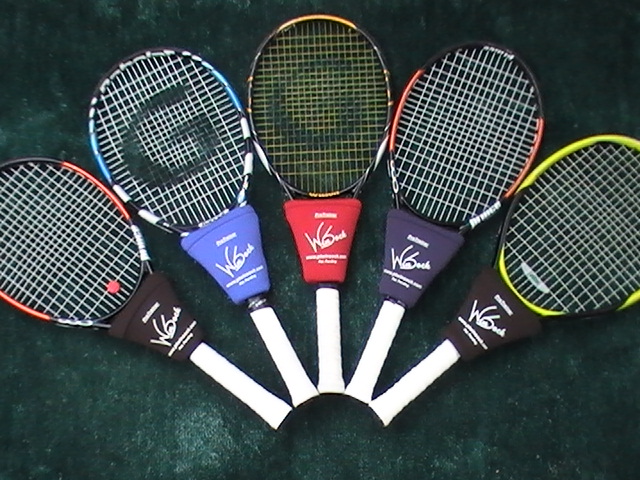 The AGONY and ECSTASY of Roger Federer

The future champion's rise is talked as much as is discussed the current champion's downfall. Roger Federer's string of losses to in-form youngsters is the talk of the town. From bursting into tears in Melbourne Park to racquet slamming in Miami, the man is in serious need of a rejuvenation....!

Napoleon Bonaparte once quoted - "My downfall raises me to infinite heights". Perhaps he wanted someone in the modern tennis world to draw inspiration from that thought. And… Continue

My first USTA match was on Saturday. We only had 7 people for the 8 person team that we needed to fill so we had to forfeit #2 singles. There were 3 courts at the facility we were playing at and my partner and I went last. So, we are down 1, the first 3 matches we win 2 and lose 1, so now we are at 2-2. It was a pretty cool feeling having the first match of the season come down to my doubles partner and I, we pulled it out 6-2, 6-2.

Looking for Tennis Partner (3.5 or so) in Irvine

I am looking for tennis partner in Irvine. I could play on weeknights from 5:30 pm to 7:00 pm and some weekends. I got rating at 3.5 about a year ago and it seems that my playing level has been the same (sadly). I want to play with different styles to improve my game. Please let me know.

My match this past Tuesday evening gave me a little insight into how Federer must have felt playing Djokovic in Miami. Blustery conditions do not make for good tennis, and my opponent definitely had better control of the ball in the wind than I did. I don't think I've double faulted as many times in a league match, even in my first season, and my backhand went long 9 out of 10 times. The final score was 1-6, 3-6.

The nominees of this year’s Laureus World Sports Awards have been announced and as expected, most of the players that got the nod were those who performed well at the Beijing Olympics held last year.

“This has been a great year for sport and the Academy are going to find it extremely difficult to decide who to vote for as winners. This is always the case in an Olympics year, but we have has some very strong performances from the non-Olympic sports. I congratulate all the nominees,”… Continue