New for 2010! For the first time a tennis ball doll for tennis players!

As I sat behind my desk on a rainy December day and looked out I was really bummed that I could not play tennis. Day after day, rain and more rain. I decided to glue two balls together and made a snowman. Here is when I began my new creation a little tennis ball snowman. I called it Tennis Budee...Tennis Budeez (TM) for 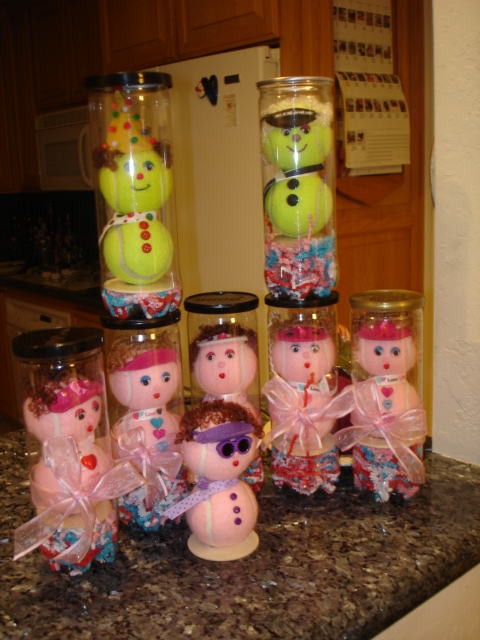 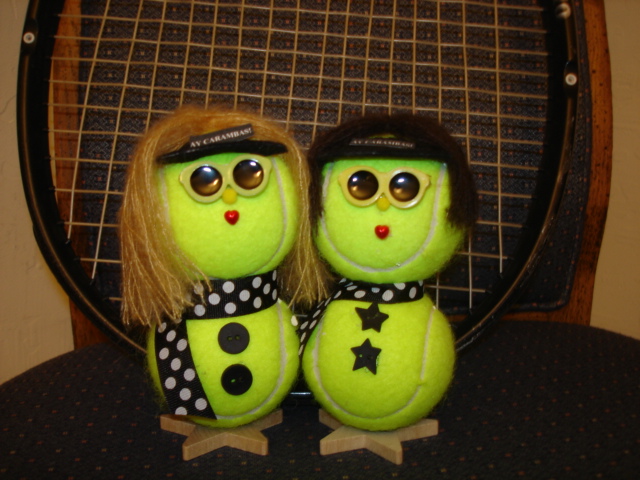 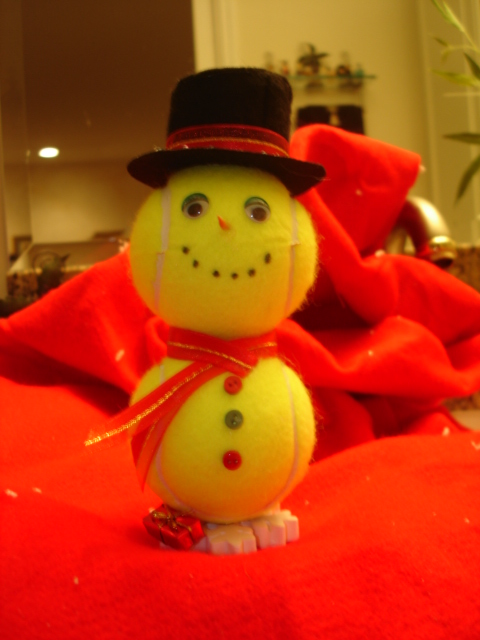 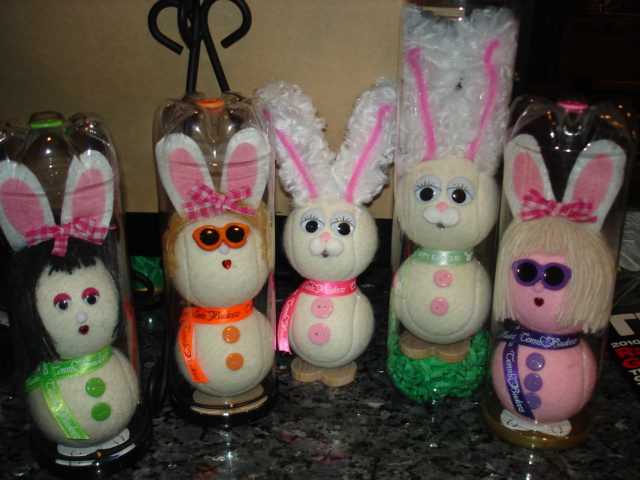 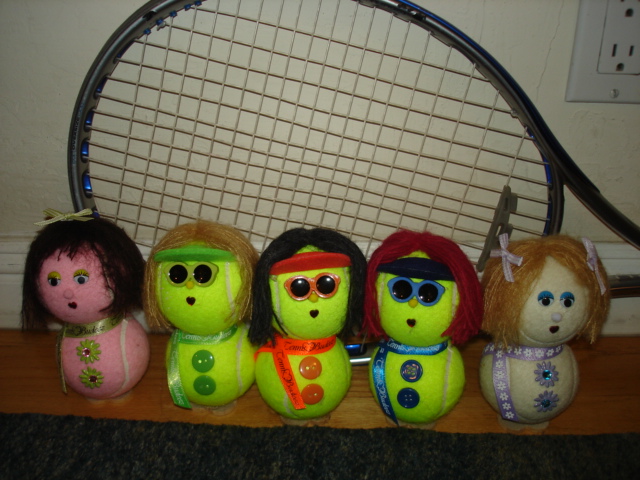 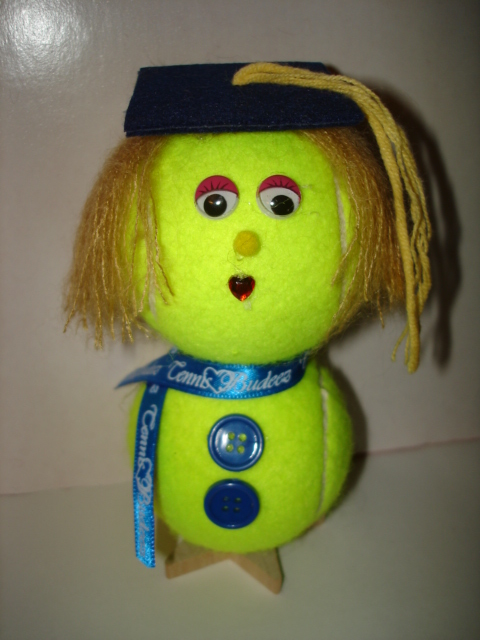 What the heck happened to our favorite pro tennis pick-ems at Britishtennis.net? It's like the site went dark...

Anything But Floppy: Agnieszka Radwanska 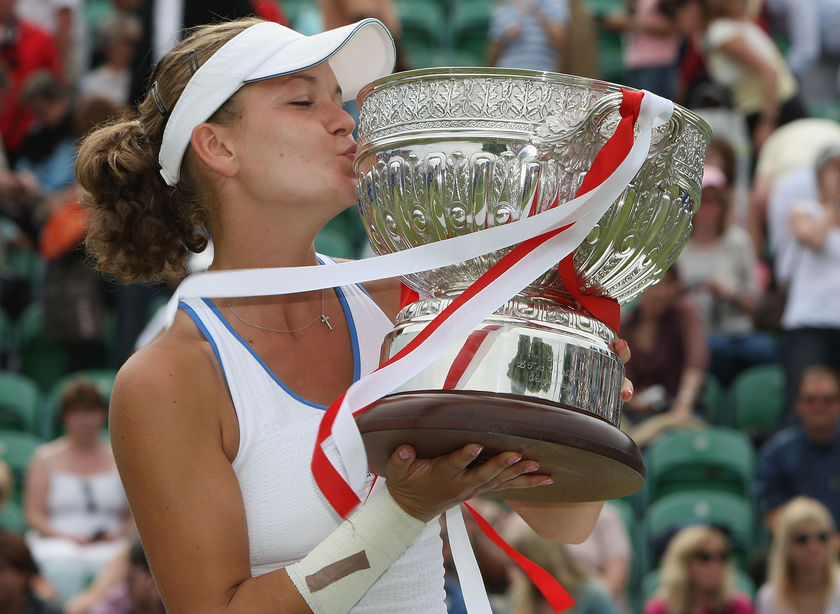 I caught my first glimpse of Radwanska on a sunny Saturday in September, and my impressions were not favorable: an insufferable runt, not unlike her pet rats Flippy and Floppy, had inexplicably expelled my favorite player from the Slam where she had been the defending champion. Since then, however, I’ve gradually warmed to the Pole and grown to appreciate her and her game for what they are: a dedicated, hardworking player who maximizes her…

Tennis really is a discipline in terms of mental focus. I was playing a
match tonight and there were lot of chatter in the court next to us and
at first it was hard to focus but I did a quick imagery where I put all
four people in the garbage can in my head. (like putting your pc files
in your recycle bin) Then I had to focus on my game and that part I had
no clue in some situations as i just had mental relapses... I don't
know if it was my tension in racquet that… Continue

Looking to get back into the game

Use to play 3.5 club tennis and Grand Prix's 8 years ago. Want to start off slow. Live on Eastside would like to eventually play mixed or womens doubles. Use to play alot of singles but not sure if I am ready for that yet.

The winners have been announced! We had such a fantastic turnout for this giveaway, that itUSA has decided to give away 4 runner up prizes in a additon to the Grand Prize Trip. Check here to see if you won: http://www.itusatennis.com/tennisopolis-contest

Prizes to Be Awarded:

Just a couple of days ago I was questioning whether James Blake has any tennis left. The answer was a somewhat qualified No. And last night I watched as Ivan Ljubičić sent Rafael Nadal packing out of Indian Wells and it did not even occur to me to ask that question. So then I had to ask myself, how come? What is it that I think that Looby has at age 31 that Blake doesn’t at age… Continue

'Need' Is Such a Strong Word

There was this poll on another tennis blog that I thought asked one of the best questions I've seen in a long time. It was heading into the women's quarterfinals at the upset-plagued BNP Paribas Open and asked not who was going to win the tournament, but who really needed to win the most for their career. I think I voted for Agnieszka Radwanska, because what has she… Continue

So I found out about this site after asking around the tenniswarehouse forum about blogging my tennis sessions and someone directed me to this site. Hopefully I can constantly write down whatever is bothering me on the court and get some perspective or insights on random strangers..lol (at least im not picking up hitchikers). About month ago, I had first usta match and for some reason I couldn't sleep for days as I always get nervous before matches that "count" and have very hard time focusing… Continue

Suggestion for a Tennis Team name related to Purple

Any suggestion for an adult tennis 3.5 ladies team related to the color purple. Our uniforms are purple.

Ever wonder why the hop just before your opponent strikes the ball is critical to your success on the court?

This small hop just before your opponent strikes the ball in effect tells your brain how to move once the ball has been struck - it tunes your brain into the muscles to instruct them as to when to move and in which direction and how fast.

This is a great illustration of how the brain talks to your muscles and eyes and tells them what to do and when!

Our buddy Will Hamilton explains why he likes the BNP Paribas Open so much. As someone who is going to be there for the 5th year in a row, I concur. The first 2 years, I couldn't stay away from the practice courts. Now I mix those in with matches on the smaller stadia. It is insane how close you can get to the players in these two areas. If you look at some of my older pics, you'll see a practice session between Roddick and…

I have several awesome box seat tickets available for the tournament beginning this week. Selling at face value. A savings of up to 50% below asking prices I have seen on the internet.

For me, the most wonderful time of the year on the tennis calendar is the weekend of first-round Davis Cup action. Yes, that's right: I'm an unabashed DC fan. Not exactly the most popular thing to be a fan of, but I'm always into it--for the most part. Even though last year's final didn't exactly do it for me, I'm really looking forward to these ties.

And since I'll be following all the results closely, I figured I'd try to write something about each tie, and predict what player will… Continue

When Ernests Gulbis won his first singles tournament at Delray Beach, FL, last week, I felt a sense of pride for him that was out of proportion with his achievement. You’d swear he was from the Caribbean or something. I could only be prouder if and when Dustin Brown of Jamaica finally makes his own breakthrough. There’s something about people from small countries achieving big… Continue