And then there were 90

Yup, it happened. We got 90 games in on Sunday. My legs still feel it, but I'm starting to recover rather painlessly, which is nice.

The score doesn't truly matter. I lost 77-13 this time. It's to be expected. A 4.0/4.5 player with insane touch and great angles will mop the court with me regularly(a low 3.5 learning how to construct a real game), but since I lost 78-9 last time, I gave up one less game and scored four more than last time, so I can put that in my accomplishment…

This majestic creature lives near the Dutch Fork Tennis Center, Irmo, SC. And actually, he (or she) spends alot of it's time hunting in my backyard, where I took this picture. Obviously, The animal shows no fear when approached by humans, for it allowed me to get to within a few feet from it as I snapped the photo. … 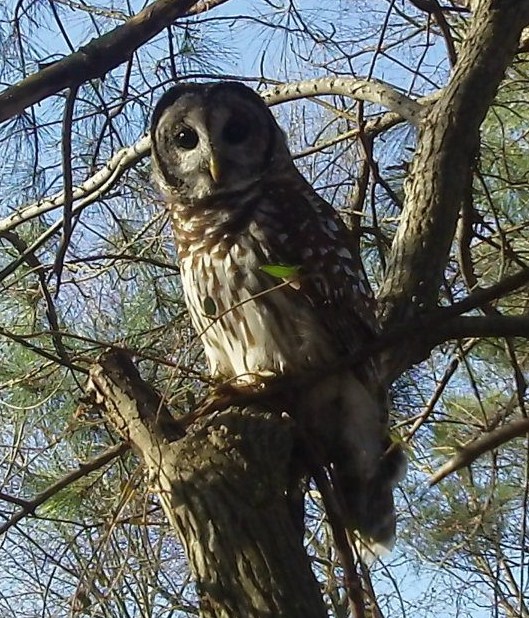 Any body 4.0 or 4.5 want to hit on thursday-saturday in Livermore area?

Sunday February 26th at 2 PM, I am going to set another personal record with my friend Christoph Vogt. We are going to play 90 games in one day. We do things like this to test our will, our stamina, and how crazy we are. At 33 and 45 years old, we're supposed to be over these crazy ideas. But in our case, we're just beginning.

But before I blog about that match, I'll bring up our first trip into insanity. 87 games.

Here's a little backstory. I'm pretty much a…

Wayne Bryan's Letter to the USTA

Below is a controversial letter from Wayne Bryan, the father of the number one ranked doubles team, Mike and Bob Bryan.  Johan Kriek posted the letter and this short introduction on his facebook page. We are unsure how he had access to it:
____

Here is a letter Wayne Bryan wrote to one of his friends who just took a position with the USTA. But I hope you have as much fun reading it as I did. His sons…

Need a 4.0 player for tomorrow night in bklyn

I just finished tennis lessons for about 2 months with a coach. I bought a new racket.

I am looking for tennis players in my area to hit with during evening or weekends. I just got back into tennis from a young age. I would say that I was inspired by the Rafa Nadal. My family is from span. :)

I live in west palm beach, FL near the water front off of 45th and flager dr.

Hope to hear from some tennis players that want to hit…

A quick note regarding racket stringing and the frequency of which you should be restringing.  While searching through various websites and blogs today I ran across a Prince Tennis blog titled "PrinceNextblog" and I was reminded about the phrase "string as often per year as you play in a week".  I never really spent much time analyzing this statement but found myself replaying the phrase…

I wrote a brief post at my website, for convenience I posted it here as well.  check out the new magazine online.

Digital media is shaping the way we receive and interprete information. The amount of data we have access to on a daily basis is…

Off to SAP Open

Glad to have a chance to see Steve Johnson, and bring my Super Slow Motion Camera to see the pros up close and slow...  Its a great teaching tool.  Then to show clips to my students compared to what they do.

Watching the Davis Cup this weekend was fun and it was great to see the US beat Switzerland. John Isner had the biggest win of his career and beat the legendary Roger Federer 4-6, 6-3, 7-6,6-2.

Changing the way tennis is played - my experience with Jack Broudy

How many times have you heard “bend your knees and roll your shoulder!” when trying to improve your tennis game? Of course that’s only one of the hundreds of things that we are…

At www.TennisRace2Win.net We also offer the chance to use the CROSSOVER system which basically allows players of a younger age to challenge older players. Please note that this is a great motivational tool but not accepted in National Ratings scoring systems until yellow ball levels are applied.
This is good for mini tennis upwards
(Red to Orange, Orange…

How to go from GOOD to GREAT… in any sport. by JACK in www.schooloftennis.net

There is a particular body motion in almost every sport or physical activity that a gifted athlete performs intuitively. They know it by ‘feel’, or as being ‘in the zone’. People call them a ‘natural athlete’. But this specific body motion goes completely unseen by those of us watching. Even many coaches, trainers, and instructors can’t identify it.

But the athletes’ entire body is engaged in the most efficient, fluid, and seamless flow of motion, resulting in what appears to be… Continue