Keep Your Eyes on the Ball!!!!

Come join this group. Looking for players in the San Diego area, all levels are encouraged to come. I can supply the tennis balls you just show up ready to work out and have fun playing tennis. Afterwards we can maybe get a bite or a drink. Most of all lets have fun.

You are heading for a Halloween party tonight and have no idea of what to wear? Here are some suggestions for you.

If you are lazy or just want to a simple so-called Halloween costume, try put on a… Continue

Headbangers' Ball (The Five Most-Frustrating Players on the ATP Tour)

Over on my blog, Tennis Talk, Anyone?, I recently wrote a posting about the players who drive me up the wall sometimes with their results. In the wake of talk of that most-frustrating player of all, Marat Safin, retiring after his latest dismal loss, I thought I'd post the list here, too.

So here's the five that make me want to just bang my head against the wall when I hear their latest results. Any guesses as to who will top the… Continue 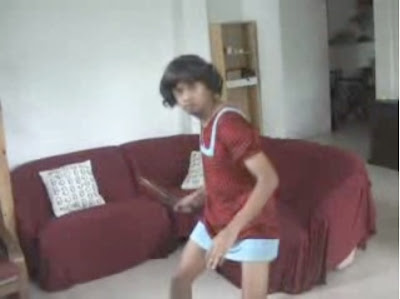 The winner of the WTA's Challenge Your Hero contest has been announced and his/her name is Yodhi Soemardjan from Singapore.… Continue 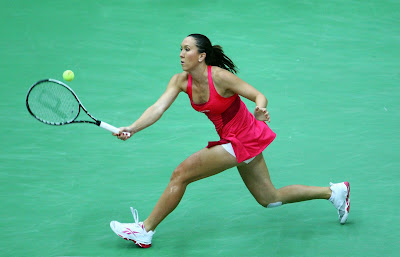 Kamakshi Tandon is on it. The ESPN scribe, who is following the controversy surrounding WTA Tour's Roadmap 2010, has made a… Continue 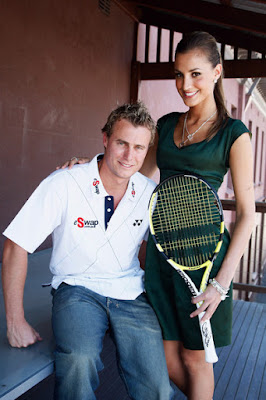 
"When I was in primary school (Bec) went to the school…

Rating BG (Gilbert's Impact on Andre and the two Andys)

Andy Roddick lost his quarterfinal match in Lyon and Andy Murray went on to win the whole shebang in St. Petersburg.

Murray's had a dream season this year (a couple of Masters shields, a Slam final) and Roddick's hasn't been that bad really, when you think about it: three titles, wins over each of the big three. But for all they've done so far, I can't help but think of one question: 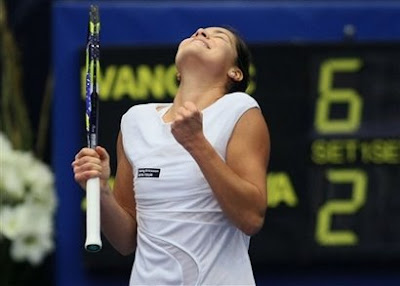 Federico Luzzi, former world number 92, has died of leukemia aged 28, the Italian tennis federation said on Saturday. A statement said Luzzi had died in hospital in his home town of Arezzo after suffering a rapid form of the disease.

Rafael Nadal talked with euronews about the best season of his career. A season that will be capped off with a lucrative Shanghai Masters tournament and a Davis Cup final showdown in November against Argentina.

euronews: To start with euronews would like to congratulate you on winning the Prince of Asturias Award for… Continue

Rafael Nadal received the 2008 Prince of Asturias Award for Sports from Spain's Crown Prince Felipe during a ceremony at Campoamor theatre in Oviedo, northern Spain, October 24, 2008.


Here are the photos of the Rafa reciving award!

Vera Zvonareva and Venus Williams have clinched the final two places in the season-ending WTA Championships in Doha from November 4-9.

Venus Williams will be making her third appearance in the season-ending event but first since 2002, having reached two semi-finals.

"I am really pleased to have qualified for this… Continue

Hey since all but one of us missed the last bracket challenge for Madrid, let see if we can finish the year with a bang by getting a good amount of entries for the last AMS event of the year in Paris! The tournament starts Monday but today is the first day of submitting your entries on Britishtennis.net. I'm sure this is the page where they'll put the link.

Here's video of Rafael Nadal arriving in Ovledo, Spain for the Prince of Asturias awards.

The top-ranked baller will be receiving the prestigious 2008 Prince of Asturias Award for Sports which "will be bestowed upon the individual, group or institution whose lives are not only examples to others, but who have also reached new… Continue

PHOTO OP: Anyone else getting annoyed by Ana? 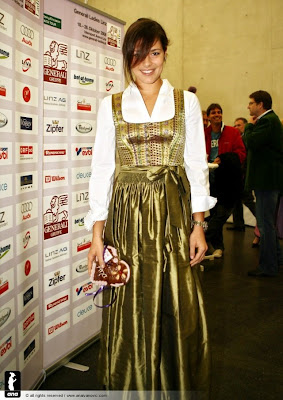 Ana Ivanovic was spotted at the Linz baller party wearing a traditional Austrian dress (Sonja - if you're out there reading this post please confirm!)

I know I'll probably get shit for this one but,… Continue

JJ maybe took some rest from tennis but she is still busy! This time she is in Belgrade for shooting TV commercial. Jelena is staring in a commercial for Knjaz Milos’s Aqua Viva Hydroactive brand which she presents as a promo face since May this year.

Aco Boskovic, the director of this TV commercial, is fascinated with her positive energy and professional… Continue

Rafa Nadal and the golfer Sergio Garcia played golf in the Club de Campo del Mediterráneo de Borriol, prior to the Castelló Master Series Costa de Azahar, a competition that is part of the PGA Tour that starts next Thursday.

Sergio Garcia affirmed that already he is accustomed to play with Rafa Nadal, as much to tennis as to golf today. "We already know how Rafa plays tennis, but he's also good at golf" , Garci'a explained.

Nikolay Davydenko has become the fifth player to book his place in the season-ending Masters Cup in Shanghai. He joins the Top 4 of Rafael Nadal, Roger Federer, Novak Djokovic and Andy Murray in the elite eight-player field.

Davydenko has won three ATP titles this season, including the Masters Series crown in Miami.

Serena and Venus glamorous on tennis court for Harper’s Bazaar