How did Roland-Garros come to be? Why is it named after an aviator? In what year was the tournament first held? Who are the legends of the game to have inscribed their name on the Coupe des Mousquetaires trophy? We take a fond look back at the long and glorious history of the world’s greatest clay-court championship.

Rules: Take a Guess on whats Wrong with my elbow & what is needed to fix it in the comment box. after 50 comments the person closest to whats wrong and the treatment will receive 1 free tee shirt from me. which is worth over.......…

Does anyone know of any really quality tennis instructors. I really want to improve my one hand backhand. In addition, I would love to find someone I can hit with and maybe even play doubles with. If you have any referrals please let me know.

ok my day started off late and in immense Stress....that starts about 6am......

Went to another Doctors appointment prior.... that made me late for the MRI, then MY Google Navigator could not understand my NYC accent and brought me to resurgence bank or a Company Resurgence in Dunwoody GA that had the Same number address of Resurgens on a similar name which made me about 20minutes late.....

Peter Freeman and I just co-hosted a new radio show called Tennis Mind that is the brainchild of Jason Lampione.  I'm sure all the hard core Tennisopolites are familiar with Peter and Jason from the site.  Here is the unedited version of our maiden voyage.  We need to iron out a few technical kinks, but all in all, it turned out to be a really fun show.  Our major guests were former professional tennis player Jeff…

I promised to do at least a blog a week and posted that for accountability purposes.  If you are keen, you will notice I have not done so this week. I have not forgotten, I had to reciprocate a blog. You can find it here! That leaves me all blogged out for this week!

Straight Talk from the Tennis Coach

I want to thank Danai C Samuriwo from tenniswithD for writing my guest blog today.  I met Danai through the tennisopolis social network.  Danai is  very involved in the tennis world as a tennis teaching pro, club manager, tennis shop owner and a top-level tennis player himself. …

I am looking for a regular hitting hitting partner to play around once or twice a week - weekday evenings after 7 pm or on weekends. I am around 4.0.

Tuning Your Racket – A Revelation

As a tennis player and coach to World-class athletes, I have always been a big believer that when it comes to tennis and most other skills, it’s the Indian and not the arrow. That is to say a “hacker” is a “hacker” no matter what racket they are sporting, while on the other hand, a real player can hit with a broomstick (OK, I’m exaggerating, but you get the picture.) In fact I would say that in general I am an extreme pessimist when it comes to new equipment that is supposed to…

Tennis With D in the spotlight: Work of Medill Student and Photographer Kalle Eko. Have a productive week!

Toast to a Tennis Player on Titanic

Imagine one of the world’s best tennis players getting caught in one of history’s great disasters. Think it would be big news?

It wasn’t 100 years ago Sunday morning. That’s when Richard Williams clung to a lifeboat in the dark waters of the North Atlantic.

The Titanic departed Southampton on April 10, 1912, with Richard WIlliams and his father, Charles, on board. (F.G.O. Stuart)

Do you ever feel like going to the tennis court has become routine like as waking up in the morning, brushing your teeth or cooking dinner? Has tennis just become another part of your regular part of your weekly schedule? I hope not. I hope you still have the same passion for the game as you did when you first started, but be wary of the day…

Sent me message or num to hit some

ONCE A DAY TENNIS TIPS

Crazy Tennis Mom Dealing with Losses and Motivating the Kids 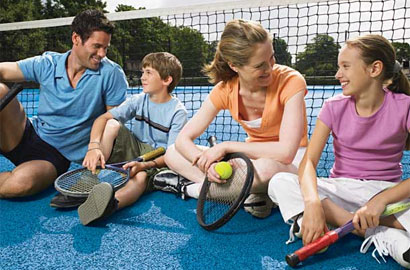 As a coach it is always easy to observe and comment on how it should be done, such is the nature of our job but when it comes to the intimate and delicate role of parenting, specifically motivating, or consoling a kid who just lost, I thought…