Why touch is important in doubles

Today’s New York Times online has a lovely article about the importance of touch as a form of non-verbal communication that may enhance sports performance. In the accompanying picture appears a shot of Rafael Nadal and Novak Djokovic giving each other a chest bump during the fund-raising event organized by Roger Federer as a prelude to the Australian Open.… Continue

18 Sexy Pictures of Shakira and Nadal

You probably know the rumors are flying about a possible Rafa/ Shakira romance brewing even though the duo has denied it on more than one occassion. Just now, 18 steamy photos were released of Nadal in a new Shakira video.

Over and Out for Shahar Peer 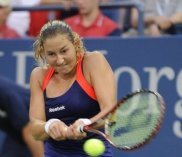 
Hello my dear friends from a sunny and warm Dubai.

Lord have mercy. That was my first reaction when into my inbox appeared a link to bossip.com with a picture of Serena doing somebody’s feet. Apparently Serena has decided to purchase a nail salon and, like any good business woman, has perhaps elected to educate herself from the ground up. So there she was with an orange stick and somebody’s not-so-attractive feet, as… Continue 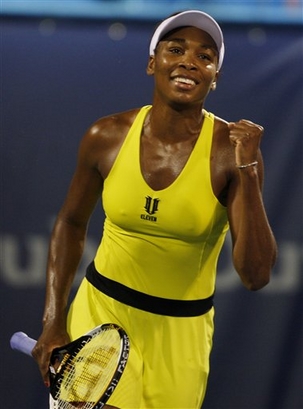 As some of you know im a huge venus williams and i thought i would inform you guys that she has won her quarterfinals match and she played well. She will now face shahar peer in the semifinals to defend her title. How do you guys feel about her match up with peer? 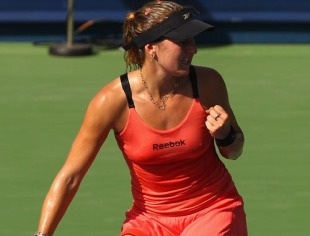 
Here we are on day 5 of the Barclays Dubai Tennis… 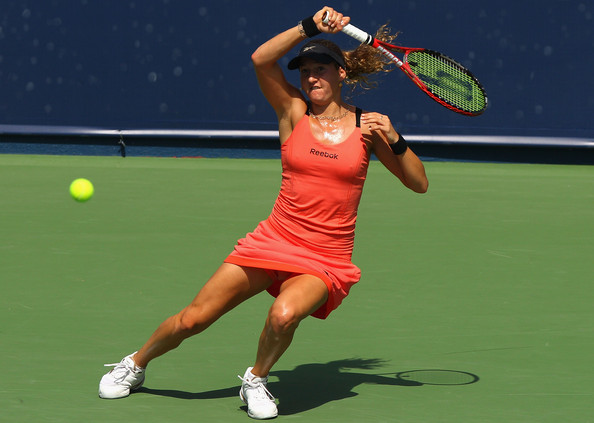 As the sun rises!

Hello to all my cyber friends!


I begin writing the blog today from the secluded locker room Shahar has to stay
in.… 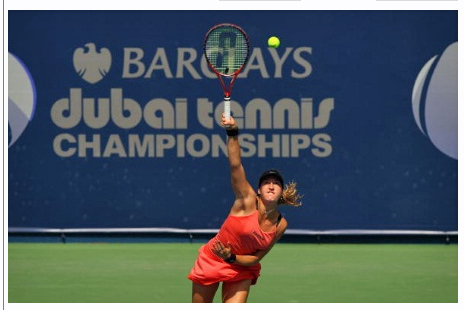 
The day began with the customary warm up and this time I hit with Shahar and made sure she did everything she wanted and felt she needed to do. Afterwards
she was taken to her…

My, How Times Have Changed

The year was 2002, and playing in the finals of the indoor tournament in Memphis was James Blake--making his ATP final debut--and Andy Roddick, already a perennial top tenner at that point. Roddick won in three tight sets, but it was like a breath of fresh air for U.S. men's tennis.

Now, eight years later, these two are playing in the first round of the same event, where Roddick is the top seed and Blake enters outside the top 50. The years since that final-round matchup have…

As I sat on the British table at the Professional Tennis Registry’s award ceremony last night at the Crowne Plaza, Hilton Head Island, we were informed that Brian de Villiers, coach of America’s new sweetheart, 18 year old Melanie Oudin could not accept his award for PTR Touring Coach of the Year due to his…

Another Day in Dubai for Shahar

Hello:
I hope everyone is doing well today and your weekend has been a relaxing one so far, and before I forget Happy Valentines Day to all you lovers out there!
I woke up this morning to a beautiful view from my room though there is some considerable amount of smog here especially over the main city centre. I didn’t sleep very well as there are 3 hours…
Continue

28 down: Rival of McEnroe & Connors

...I attempted to do the crossword puzzle in the airline magazine. I was doing swimmingly until I ran across 28 down. The clue read “rival of McEnroe and Connors”. And for the life of me I could not remember the answer. I started thinking of the contemporaries of John McEnroe and Jimmy Connors. Both of these men took up a lot of the oxygen in the 1970’s, their unique rivalry… Continue

Melina Harris analyses the link between sex appeal and success on court and asks whether the WTA's appeal relies more on sex appeal than talent?


Hey guys, we’re suffering from yet another bitingly cold snap in London and I thought to myself…

This year, one of the oldest tennis tournaments in America is holding their 119th annual event, The Pacific Northwest Tennis Championships. But this year, the long-running tournamet, played at the Tacoma Lawn Tennis Club, is enlisting a new graphic design format to develop its logo: the logo contest. Logo contest sites are popping up en masse on the internet trying to mimic the incredible success of…

Technique is important - but so is feel

Without using the right technique, it is not possible to become
anything special in tennis or even evolve as a tennis player. We all
have to learn the correct techniques, we have to learn how to hit the
ball and when to hit it. When to hit cross court and when it is okay to
go for a clean down the line shot. When to approach the net.... you
know the deal. I think the problem comes, when you try to hit the ball
like for example federer. You are so eager to make it… Continue

Murray and Robson will need to rise above the negative British Press...

I write these words on an unusually sunny morning in a coffee bar overlooking a serene and sparkling Ramsgate harbour in the garden of England, Kent, the location and inspiration for such literary greats as Charles Dickens, T.S Eliot and the master painter Turner. On the last day in January the British public held their breath and the world watched eagerly as two great artists walked onto the tennis world stage in the first Grand Slam final of the year in Melbourne,… Continue

How To Hit the Backhand--Everything you Ever Wanted to Know

Swing plane on the backhand…
Continue

Everything ran late this morning because of an ice-storm over the weekend. My first two patients had already called in late so there was no rush. I started getting ready for work at a leisurely pace. So I’m flicking the remote control between the various ESPN alternatives, hoping of course for some more celebration of Roger’s win yesterday. Instead I ran across Mike and Mike,… Continue