Mac says Nadal deserves to be seeded #1 at the French!

The 1984 French Open finalist suggests the top players would support a seeding raise for Nadal — to save themselves from a potential quarterfinal clash with him.

“Let me put it to you this way: I guarantee you that none of those four guys, as great as they are, want to see him in the quarters,” McEnroe told TENNIS.com. “Quite honestly, I would seed him number one. I’d seed him number one, actually, because I think he deserves that. I think the other players deserve it.”

It’s unlikely Nadal, who trails David Ferrer by nearly one thousand points for the fourth spot in the ATP rankings, will crack the top four before Roland Garros sets it seeds. McEnroe says seeding Nadal ahead of Ferrer is a no-brainer and says the reigning champion should be seeded ahead of third-ranked Andy Murray as well.

“Certainly, you can’t even possibly question if he should be [seeded] ahead of David Ferrer, as much as I respect him, or for that matter even Murray on clay,” McEnroe told TENNIS.com. “Djokovic is the only one, given his accomplishments on clay, that you could possibly make an argument deserves to be seeded ahead of [Nadal]...I don't know that they [the Roland Garros seeding committee] are willing to change the seedings at their event."

"It’s a little unclear in best-of-five sets, maybe it will help him, give him some more time," McEnroe said. "But I’m not quite sure where he is [physically] right now. I’ve only seen him a few times, but he’s looking pretty damn good to me.” 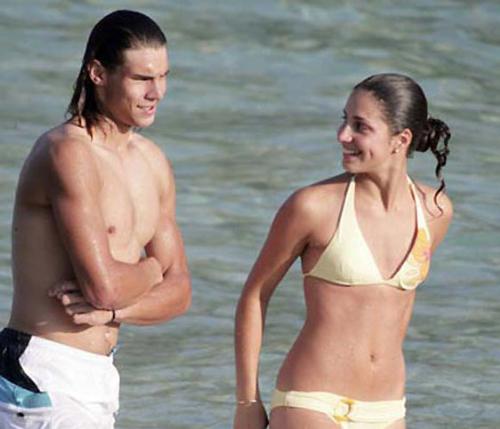 I like Johnny Mac, but I disagree. I would say tough luck. This is not Wimbledon where they do discretionary seeding. Such examples were double #1 seed (Lendl & Becker), separating Becker and Edberg into the uppder and lower draws for 7 straight years out of favoritism, giving Richard Krajicek no seed (despite his ranking at the moment of deciding seeds better than 16) that resulted in making him the second male player to win the title from no seed and so on. Only Wimbledon does that and I am not a big fan of it. Beside, Djokovic at least, is a better player than Nadal.

Well, I'd agree to seeding Nadal #2 behind Djoko, for the sake of current effective ability on clay. But to seed according to the world rankings in a Slam, which would leave Nadal seeded #5 is a bit wrong as well. This is a difficult one.

you know what... the point system was created for this Bull...T

Lets Rank Soderling #2 seed at the French this year since he destroyed Nadal on clay when he shouldn't have.  Nole is #1 and Won the Monte Carlo.

Bold idea.  Right now, the world of tennis has a 50% chance of premature battle; meaning, if Nadal ends up in either the 3 seed quarter or the 4 seed quarter, no bid deal beacause neither of those players really stand a chance against him - and if Nadal was seeded 1, he could still get Ferrer in the quarters anyway.  There's a 50% chance that Nadal ends up in Fed or Nole's quarter and this would be a shame I think.  Could you imagine Rafa and Nole battling in the quarters?  Unfair to both players - but the points are what they are....    I'll just sit back, grab the popcorn and see how it all plays out.

Unfair means you better make sure you get the final you want. I don't want to see a crappy final. Djoko #1, Nadal #2 is fine. Putting Fed, Ferrer, and Murray ahead of Nadal is nonsense.

I hear ya, but if Nadal was the 1 seed, then he could easily get Fed in the semis.  Right now there is a 50% chance that he gets Murray or Ferrer in the quarters which would not be a shame at all.

I think it would be unfair to Ferrer to jump Nadal up above him because Ferrer has earned those points and only has a 25% chance of meeting Nadal in the quarters and a 0% chance of meeting the other 3.  Ferrer is the one guy that could complain and I think he is getting forgotten in this discussion.

(Just to be clear, there is no doubt in my mind that Nadal is the best clay player at the moment.  But should we start jumping people ahead of others suddenly based on a new system?  Could lead to a slippery slope.)

Well, just because he looks like a samurai doesn't mean he juices. lol

Well, I could care less about Ferrer. Just being honest. No one really wants to see him in the final.

Well, I hope the French Open committee does the right thing, and go according to strength of play and actual clay tourney results, not a points system.

The scores were good enough for me muhahaha.

Yes, like I said, Nadal should've been seeded #1 and I didn't want to see a boring Nadal vs. Ferrer final. Nadal won most of the clay tourneys leading into it as well.