Been hitting with this fella over the last few weeks......

Had a short hit with a coach who used to have a few atp points this morning.....

Initial thoughts were all about feel and it did not disappoint, very similar to my volkl dnx 10 mids, the feel is old skool graphite, crisp, slightly raw with the tour bite, loads of feedback, you know exactly how well and where you have hit the ball.

My second thought was stiffness, its stiffer than my mids a very compact feel that is great for groundies, it never feels like you get into trouble on the backswing, hard to describe, hits thro your opponents spin, feels like its made of steel but its really comfortable with that volkl softness. Specs say 64ra but it feels closer to 60 imo.

A number of reviews have talked about the low power and dense pattern, well, its not low powered at all its a beast, reminds me of k95 kinda power off the ground without the arm kill. Loads of spin, the stringbed is not particularly dense, i was getting the same spin i do from my open patterned mids. Overlapped the two rackets are not too different. The headsize doesnt feel 98 it feels much smaller in a good way but feels its full size when hitting from the back, very penetrating heavy ball, very noticable, as I said its a bit of a beast.

Its like Becker has taken the power and grunt of the 6.1 line, the manouverability and CAP grommet stability of a prestige, the feel and refinement of a volkl and made the DC Melbourne.

Im playing so well atm with my dnx mids so Im not just gonna switch, it was a short session today so need extra hours and matchplay but all I can say is that its the same as my mids but with some extra grunt and solidness. A true allcourt/S&V players stick if you've got the game.

Had a few more sessions and a couple of matches and everything is still as Ive said, Ive taken a bit of weight off the hoop ( a gram or two) when playing in cold, windy conditions and this has helped with manouverability as your body gets slower but when the weather is ok I will add it back on.

I wasnt really looking for a new racket after playing so well with my dnx 10 mids, read some reviews and the Melbourne seemed like a bigger headed brother so I thought id give it a try, its good to have the extra forgiveness when playing quality, heavy hitters. I used my mids alongside the Melly yesterday and there is a noticable oomph difference, I was hitting slightly long but my tension has dropped and I need to restring. Im very taken with this stick now, my go to racket. 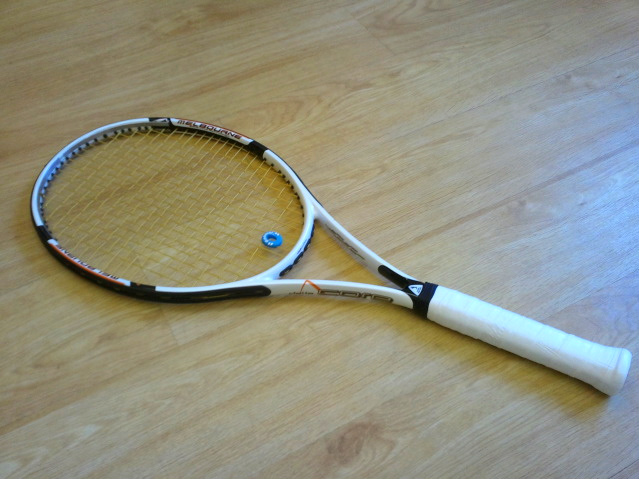 It looks like the Boris Becker brand stopped production I can't find any new models. Boris Becker endorsed and used Volkl for a long time before coming out with his own brand. Volkl recently came out with the Volkl Power Bridge, which uses the DNX technology. DNX is a carbon fiber nanotube, one of the strongest materials on the planet and the way they placed it on the frame makes it exceptional on off center hits. The racquet has great reviews and is worth trying especially if your looking to update the Boris Becker Delta Core Melbourne racquet.