Novak Djokovic: Why the Reigning US Open Champion Will Win in Flushing Again

Perhaps he’s not yet forced Roger Federer to abdicate his throne as the king of the hard courts, but Novak Djokovic is certainly capable—and worthy—of wearing the crown. He will prove that once again when he wins his second major of the year—and second consecutive US Open.

It’s fair to point to Djokovic’s struggles in 2012—he lost in the semifinals at Wimbledon, he failed to medal at the Summer Games in London and Federer crushed him in the finals of the Masters 1000 in Cincinnati—as reasons why he’ll fail. But none of that has shaken the 25-year-old Serbian’s confidence, according to the Associated Press (h/t Sports Illustrated): 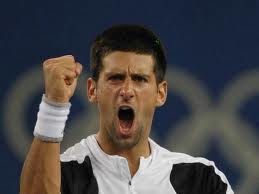 I feel good on the court. The Cincinnati conditions were quite  different from the Open. It’s a bit slower there, which I think goes in  my favor a little bit more. . . .more suitable to my style of the game.  I’m now going to have a preparation that I think is very necessary for  me right now mentally and physically.

Four of Djokovic’s five majors titles have come on hard courts. And between the Australian Open (32-5) and the US Open (33-6), he has an impressive 65-11 record on hard courts.

He hasn’t failed to reach the semifinals of the US Open since 2006, and while his side of the bracket is full of quality players—including Juan Del Potro and Andy Roddick—there simply isn’t anyone in front of him that makes you say, “He’s going to have a tough time getting past that guy.”

Of his likely competitors in the finals, either Roger Federer or Andy Murray, Djokovic has had success against both. He has beaten Federer in five-set matches at each of the past two US Opens, and he took care of Murray at both the Sony Ericsson Open and the Australian Open earlier this year—all hard courts.

Djokovic loves New York, and New York loves Djokovic. With the crowd behind him, the weather conditions to his liking and a relatively clear path to the finals, the stage is set for Djokovic to do the only thing he has left to accomplish in 2012: defeat Roger Federer in the finals of the US Open, not only claiming the title of “King of the Hard Courts,” but reclaiming his place atop the ATP rankings as the best men’s tennis player in the world.

But he double faults so much, and on crucial points! Is he really the king when Fed serves better?