FASHION FIX: Rafa gets powdered + pretty for Nike ad campaign - can you stand it?! 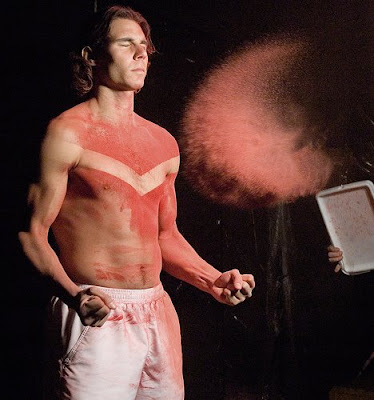 Thanks to DtL reader Maja for this incredible Rafael Nadal find!

Okay Rafanatics: brace yourselves. Your boy took part in a ad campaign photoshoot for Pure Nike's Eugene Track Jacket (which Fed was working in Kooyong this week) and along with images there's an interview with Rafa himself:

What does victory mean to you?
Well, victory is something that I like, but it isn’t everything for me. For me victory is really important, especially in some moments, but it is not everything. Many times if I am playing well, I am satisfied with myself, even if I lose in the end.

Which words would you choose to describe the meaning of victory?
Triumph to do my best 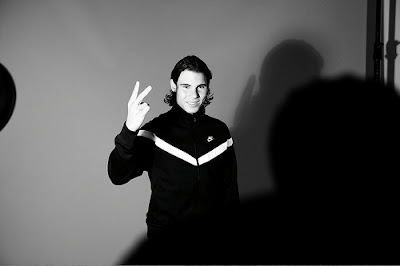 What has been your greatest victory on and off the court?
The final in Wimbledon is the one that caused the greatest stir. And outside the court, I am lucky to have a great family, this is a victory, I guess.

Where you familiar with the photographer Rankin before today’s shooting?
No. It was different from the other shootings, in particular the powder shoot. I had fun - but not now that we have finished because I am full of powder everywhere! 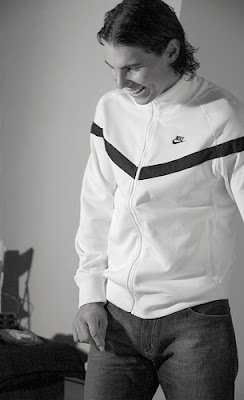 Is there any athlete that represents Pure Nike for you? And why?
Tiger Woods. I like his image with Nike. 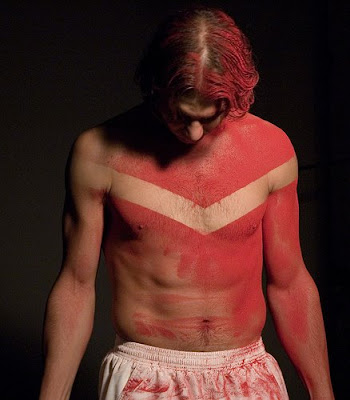 How was the shoot today?
It was really special with all that powder and the set they have built. It has been different from the other shootings, much more fun.

Can you walk us through the sense of victory and what it means to you?
I do not know how to explain it, it deals with feelings hard to describe. I guess, the most important thing is the personal satisfaction, and the excitement that you feel in that special moment. 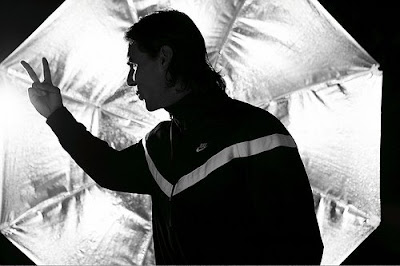 And where would you place it in the list of your accomplishments?
I think that I would place the Olympic Games next to the five grand slam titles.

More images below and here. Are you dying yet?! 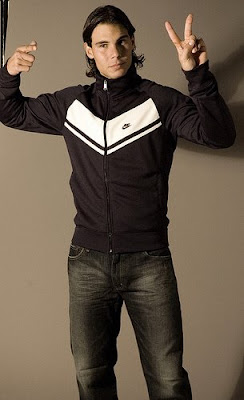 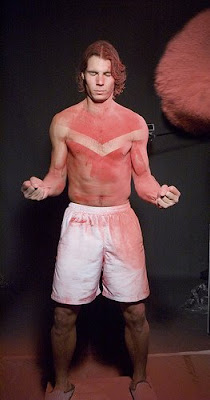 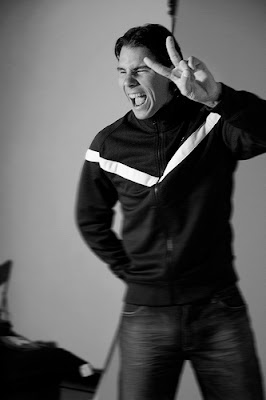 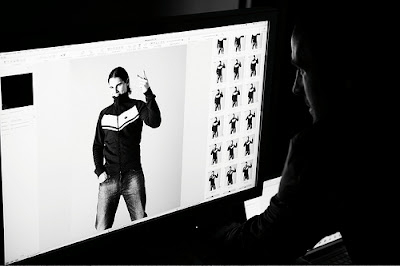