Selesians must be having a field day

...Right about now, Selesians must be celebrating like it’s Christmas. You see, yesterday, Monica Seles got inducted into the International Tennis Hall of Fame. This honor is very much deserved. Seles has won 53 singles titles and six doubles titles. She held the # 1 ranking for a total of 178 weeks and in both 1991 and 1992, she was the # 1 player in the world. She has won nine Grand Slams (only Wimbledon eluded her). And she was the original screamer. You could hear her playing a mile away. Some tennis players used to complain about the ruckus Seles made when hitting the ball. Steffi Graf was never among the complainers. She once reportedly told Seles, “You play your game and I’ll play mine”. I’ve never understood why I have to choose between these two great women.

For other entries, visit my blog. 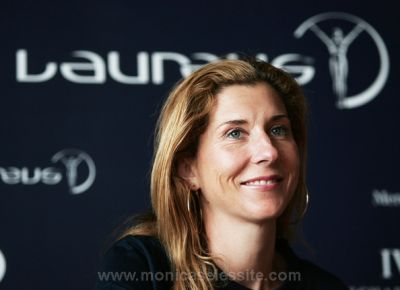