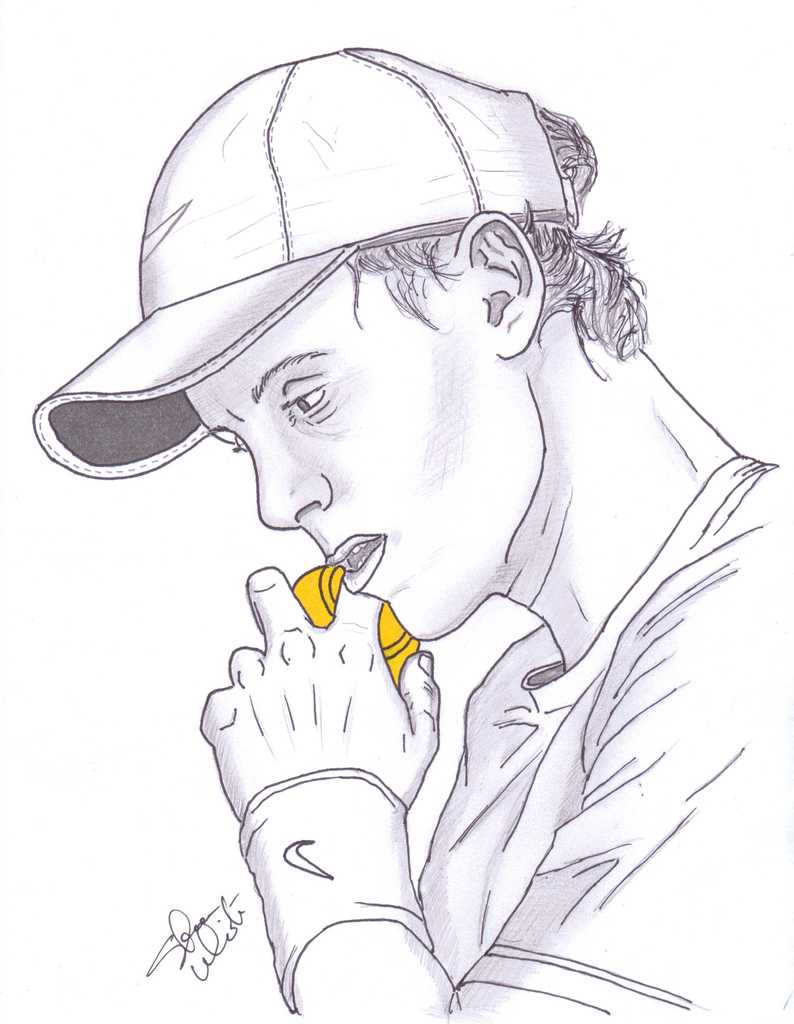 Tomas Berdych is a Czech professional tennis player. His most notable achievement was reaching the final of the 2010 Wimbledon Championships, causing consecutive upsets by defeating top seed and six-time champion Roger Federer in the quarterfinals, and World No. 3 Novak Djokovic in the semifinals. In the final, he lost to Rafael Nadal in straight sets.

He also reached the semifinals of the 2010 French Open, defeating fourth seed Andy Murray in straight sets in the fourth round, and dropping no sets until his loss in the semifinals to Robin Söderling, and the 2012 US Open where he defeated World No. 1 Roger Federer again at the quarterfinal stage, before losing to eventual champion Andy Murray in the semifinals. He is the second player (after David Nalbandian) to defeat Roger Federer multiple times in Grand Slam events before the semifinal stage. He defeated the Croatian player Ivan Ljubičić in five sets to win the Paris Masters in 2005. He has since reached the finals of the Miami Masters in 2010 and the Madrid Open in 2012, losing to Andy Roddick and Roger Federer respectively. He reached a career high of World No. 6 on October 18, 2010, and matched that effort again on September 10, 2012.

He also played the longest ATP doubles match ever, with Lukáš Rosol, defeating Marco Chiudinelli and Stanislas Wawrinka in the first round of the 2013 Davis Cup 6–4, 5–7, 6–4, 6–7, 24–22. The match was played on 2 February 2013, lasting 7 hours, 2 minutes. It was the second longest ATP match ever (singles and doubles combined).

You can check out more information on Tomas via the ATP http://www.atpworldtour.com/Tennis/Players/Top-Players/Tomas-Berdyc...