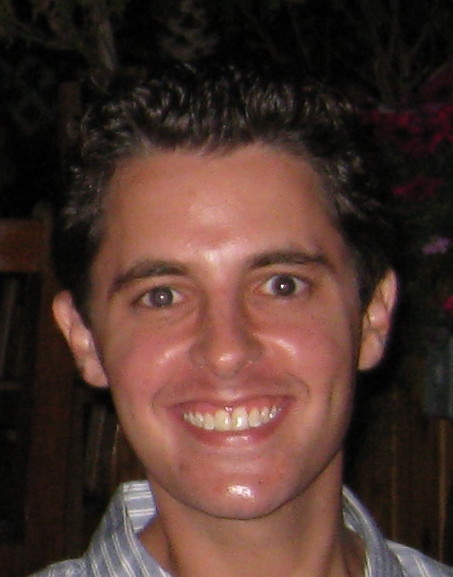 Justin has not received any gifts yet

Random things about me (hobbies, occupation, tennis history, favorite band, etc.):
I am ALWAYS interested in meeting new people who want to play tennis! I spend a lot of time traveling and like to play tennis as much as possible. I've played tennis my entire life and was a varsity tennis player at Lynn University in Boca Raton, where my teammates and I reached the NCAA championship match during my senior season. I was born in Cincinnati, but have also lived in Los Angeles, Boca Raton and New Jersey.

My tennis skill (please check your NTRP if you know it):
NTRP 5.0

On the court, I am a:
doubles partner, singles player, two-hander, baseliner, all courter, tournament goer

Seventh-seeded Spaniard Tommy Robredo (pictured) defeated Austrian Jurgen Melzer, 6-3, 6-4, on Monday in the first round at the Medibank International in Sydney. Robredo earned his first win of the year in his 2009 season debut.

Sixth-seeded American Sam Querrey advanced to the second round on Monday at the Heineken Open in Auckland, New Zealand, with a routine, 6-4, 7-5, victory over local wild card entrant Daniel King-Turner. The 22-year-old Californian earned his first career victory in Auckland, having lost in his debut last year to… Continue

No. 8 Stepanek rallies past No. 3 Verdasco to win Brisbane International title

Third-seeded Croatian Marin Cilic (pictured) claimed his second career ATP singles title on Sunday by defeating wild card entrant and World No. 202 Somdev Devvarman, 6-4, 7-6(3), to win the Chennai Open title in India. Both singles titles Cilic has won to date have been on hard… Continue

Check out "DOWN THE TEE tennis blog" at http://www.downtheteetennisblog.blogspot.com/

Red-hot World No. 4 and third-seeded Andy Murray (pictured) successfully defended his Qatar ExxonMobil Open title by defeating fourth-seeded American Andy Roddick, 6-4, 6-2, on Saturday in Doha. Murray now owns two titles in three appearances in Doha, having lost in the finals to Ivan Ljubicic in his tournament debut in 2007.

In the opening set, Murray jumped out to an early lead… Continue

Hi Justin, I'm new to the tennisopolis community and am looking to hit a few with some fellow 5.0s. I'm a former college singles player. Are you in the Cincy area? Let me know. Thanks, Justin Russell

Hey Justin, I'd love to play!  My email is lisastern513@gmail.com

I've sort of got an injured arm right now (I hit too far behind my body and it's catching up to me!), so I've gotta get that worked out.  I'll contact you when I'm ready, though.

Nelson Eduardo Riano said…
hello Justin
My name is Nelson in Boca area, are u around and interested for a rally?

I live in Mason, OH. Love playing tennis, I am about 4.0. Would you be interested in playing sometimes?
Thanks,
Michael - mmloban@yahoo.com

Heather said…
Hey hope your holidays were great! Sorry about the delay in responding. Let me know when you are in Cincinnati....we'll have to meet up! :)

Mark / The Mayor said…
Hi Justin,
We're running a fun Aussie 09 Bracket Challenge for tennis fans. Make your predictions and follow along. This is the link. Please share this link with any of your friends on Tennisopolis and beyond.

Aaron said…
Cool man..let me know when you get back in town, i'm on Key Biscayne. No, i didn't play any college tennis i'm just your typical hacker!

Aaron said…
hey dude..are you in boca or miami..if your around miami i'm down to hit