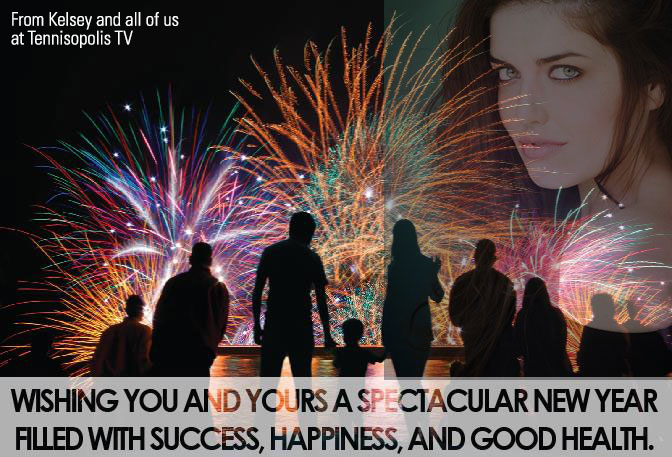 Recent USPTA gathering of over 100 tennis coaches from So Cal and beyond. This is the video roll call of attendees. Watch mo0re more videos of the panel and discussion soon!
RIV IT UP II TOWN HALL / SUPER PANEL DISCUSSION
American Tennis: The Present and The Future

Justin Gimelstob: former ATP tour player, and TV Tennis Commentator.
Justin was elected to the ATP Board of Directors in June 2008. The New Jersey native is a former ATP pro who played from 1996-2007,

Pam Shriver - former WTA tour player and TV Tennis Commentator.
Shriver was one of the greatest doubles players of all time, winning 20 majors with Martina Navratilova, with whom she garnered a Grand Slam in 1984. They were the first female partnership to realize that feat.

NEW SHOW!!
Please join us and donate to your favorite charity to support relief efforts for the Philippines!

want to get involved in this great new show? We are looking for great video footage of anything tennis related such as live match footage, behind the scenes, tennis events and more. In a different city or country and want to report how tennis is doing? We wanna hear from you! We hope this will be a community based show and we look forward to featuring you! Contact us at aces@tennisopolis.com

Thanks Lucile would love to hear your ideas of what great content is too!  we hope it will be a community based show!  We are just trying to have a whole lot of fun and get more people interested in the greatest game ever!

Cool idea, Mark.  I look forward to some great content!

Thanks everyone!  We are definitely off to a great start and with your help, we really hope to grow this show into something big.  We want everyone in tennis to know Kelsey and the show!

thanks Oscar!  Saw you retweet on twitter too super nice of you!

right on Bobby thanks man!! look for more soon!  got any show ideas?