This comes from my personal blog at

http://tennisnewsnow.wordpress.com/. Please check out my blog and comment on it if you enjoyed it!

Today, I will be reviewing the events that transpired before our eyes during the months of March and April. Major tournaments covered in this entry include, but are not limited to, Indian Wells, Miami, Charleston, Monte Carlo, Stuttgart, and many others, including Fed Cup action. 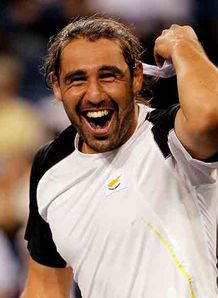 Marcos Baghdatis took out Roger Federer in the 3rd round of Indian Wells.

For the men in Indian Wells, there were many upsets within the early rounds of the event with Roger Federer, the No. 1 seed, going out to Marcos Baghdatis in the 3rd round after having a sizeable lead that he let slip away. Baghdatis on the other hand played some superb tennis to beat Federer for the first time in his career. Meanwhile, Djokovic lost to the eventual champion, Ivan Ljubicic in straight sets.

Rafael Nadal made it to the semis of this event before losing to Ljubicic who went on to capture the title. Nadal, who was making his return to competition after retiring in the Aussie Open quarters to Murray, played well, but with much room for improvement. On the other half of the draw, it was the American Andy Roddick who made some noise, reaching the final of the only American hard court event in which he hadn't ever reached the final in before. He beat the Swede Robin Soderling, only to lose in the final of the Indian Wells event to Ljubicic, who captured his first Masters 1000 title ever.

At age 31, Ivan Ljubicic took out Andy Roddick for his one and only Masters 1000 titles.

On the women's side, Kuznetsova was the top seed, but didn't stick around for long as she bowed out to Carla Suarez Navarro in the 2nd round. Without Safina (back injury) and Serena Williams (annual boycott of the event), Caroline Wozniacki was now the highest remaining player in the women's field at No. 4. Luckily for the fans of California, she didn't disappoint as she made it all the way to the finals before losing to Jelena Jankovic, who beat Kleybanova and Stosur on her way to the championship match. In the final, it was Jankovic who outclassed her Danish opponent and comfortably took her biggest title ever home with her. 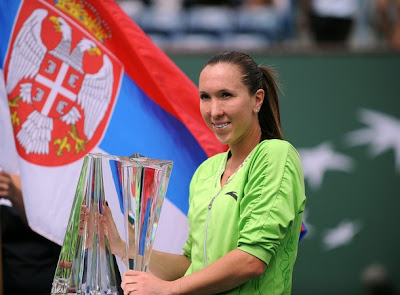 The next tournament on the schedule was the other Masters 1000/Premier Mandatory event in Miami. This time, we will start with the women's side of the draw. Next up: the Sony Ericsson Open in Miami

Venus Williams, who had played excellent tennis coming into the Miami event, looked like a solid favorite to win the crown in Miami and it looked like she was going to do just that when she breezed into the finals. And it didn't hurt that her last name was Williams, as one of the two sisters has one the Miami title 8 of the last 12 times. Awaiting her on the other side of the draw was Kim Clijsters, who had taken out fellow Belgian Justine Henin in the semifinals with a 7-6 scoreline in the 3rd set. Clijsters, who hadn't had the best 2010, was looking to win her second Miami title and did just that when she demolished Venus in the finals 6-2, 6-1. Since then, Clijsters has failed to reach the semis of another event. 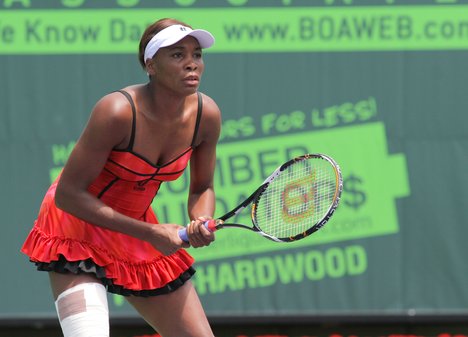 With a bum knee, Venus Williams couldn't showcase her best tennis against Clijsters in Miami Kim Clijsters was able to take a stroll on Miami Beach after her chamionship run at the Sony Ericsson Open.

On the men's side, Roger Federer once again led the proceedings in Miami and once again let a lead slip away much like he did against Baghdatis in Indian Wells, but this time to the Czech player Tomas Berdych. Federer, who hasn't had his best results in Florida, looked ahead to the clay court season much like he did in 2009 after his loss to Djokovic. On the other side of the draw, Nadal marched into the semis where he faced Indian Wells finalist Andy Roddick. Roddick, who hadn't defeated Nadal since 2008, did it once again with an impressive 3-set victory over the Spaniard. Waiting for him in the final was Federer conquerer Tomas Berdych, whom Roddick beat easily to win his first ATP Masters 1000 event since 2006 Cincinnati.

Even Kim Kardashian couldn't jump-start Federer's Miami tournament, as he lost to Tomas Berdych in the 4th round. There were many tournaments held in April, both big and small, mostly on the red clay of Europe. 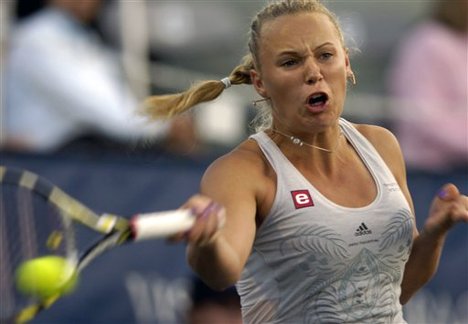 Sam Stosur won the biggest title of her career in Charleston 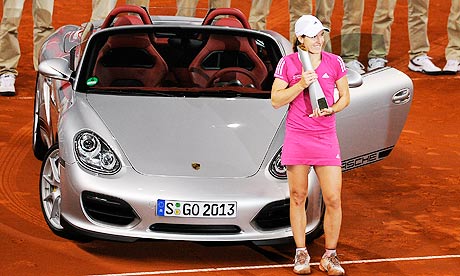 Justine Henin won the first title of her comeback in Stuttgart on her favorite red clay.

On April 24 and 25, the Fed Cup semifinals were played with U.S.A. hosting Russia and Italy hosting the Czech Republic. Here's a quick recap of the action. 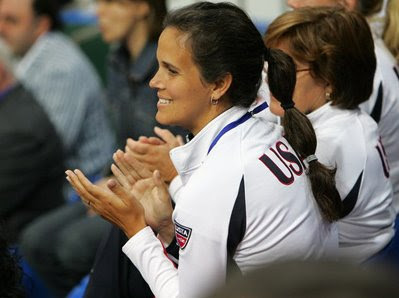 The Italians beat the Americans last year. Can they do it again?

Italy and the United States will meet in the Fed Cup final at the beginning of November in San Diego, CA.

Check back on the blog tomorrow for a recap of the events in Monte Carlo, Rome, Madrid, and Roland Garros.