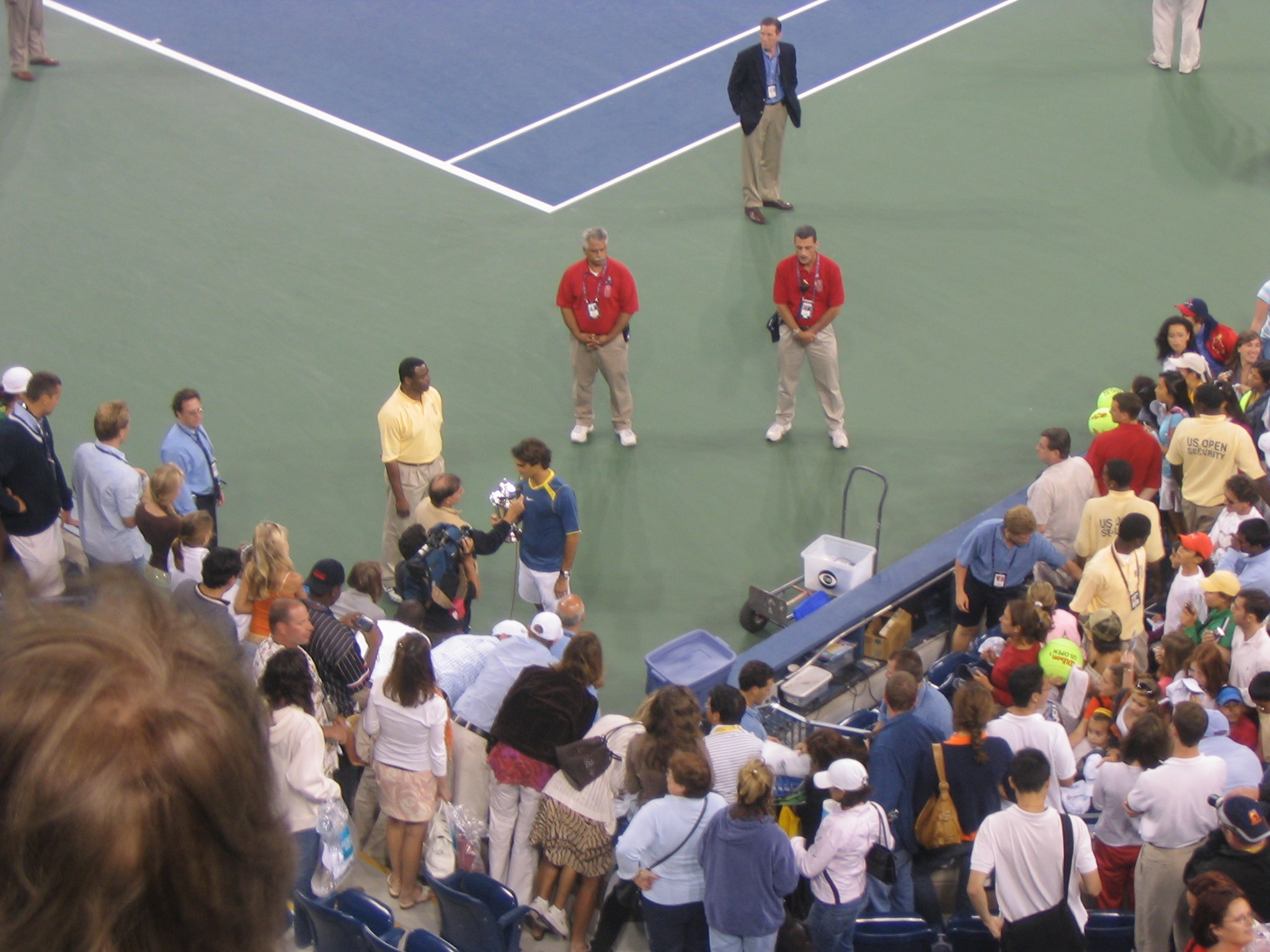 Roger Federer.
The ex-King of the tennis world.
The former invincible one.
The man with shots that never existed before.

Roger Federer, (on the brink of being) the #3 player in the world.

That just sounds wrong, doesn't it?
But here we have it...Roger doesn't make the finals this week and Andy Murray takes over the #2 spot in the ATP rankings. Andy Murray will instantly hold a better position in draws, and assuming he holds into Wimbledon, will be in a position to make the what will be one of the most anticipated runs into the finals of Wimbledon.

Let's not get ahead ourselves though.
But Roger is walking a rankings plank here.
The tougher the draw positioning, the tougher to maintain the points.

I feel for Roger though, and while I like Andy Murray, I hope he can hold onto the #2 spot at least through the year...It was after all, a prediction of mine earlier this year.

Let's see how the week plays out for Roger. From my perspective though, we potentially have a monumental moment in Roger's career about to play out.