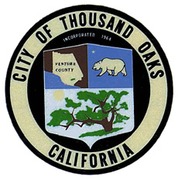 Tennis group for those living in Thousand Oaks, Newbury Park, Oak Park, and the Westlake area. Please join and invite others who you think may be interested in getting together to play, hit, rally, etc.

Public Tennis Courts in the Area

Tennis
Public and private tennis courts, indoors and outdoors, are available throughout Ventura County. Many of them are lighted for those who wish to play at night. For information, call the Conejo Recreation and Park District, 495-6471 or the southern California Tennis Association, 310-208-3838. Or check out the following tennis courts:

Oxnard-Port Hueneme: The Oxnard Tennis Center is open to the public but costs $5 to play per day. Mark McCampbell is the director of tennis. Information: 483-2600.

Moranda Park in Port Hueneme has lighted courts as well. Walter Moody is the director of tennis. Information: 986-6584.

Santa Paula-Fillmore: Courts are available at the high school, with six at Santa Paula and four at Fillmore.

Looking for a hitting partner

Looking For partner in Newbury Park

The Best Of Oscar

Someone to hit with